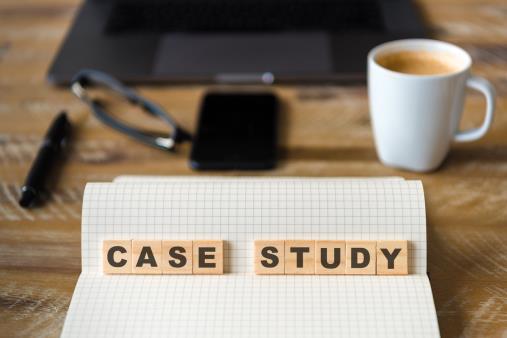 PFAS contamination is increasingly becoming a hot topic in the waste management industry and how to cost effectively and responsibly manage potential contamination continues to be an issue. Recently, a long term WTS client was posed with a challenge that required an innovative solution.

The WTS client in question had a leaky check valve in their fire suppression system and about 100 gallons of Aqueous Film Forming Foam (AFFF) spread into the fire loop. The facility was able to capture and contain about 50 gallons of the fire foam, but roughly 50 gallons spread through the fire loop contaminating approximately 500,000 gallons of water. With an upcoming change in ownership and no need for AFFF moving forward, the client was faced with the costly project of removing the contaminated water that remained in the fire loop. Transporting more than 500,000 gallons of PFAS contaminated water off-site would have been a costly endeavor, so WTS and our client worked together to find a more cost effective and sustainable solution.

WTS evaluated options with various industry partners and underwent a pilot study to determine feasibility of an on-site treatment solution. The goal was to understand if there were on-site treatment options to successfully remove the PFAS contamination and then discharge the clean water through the on-site Waste Water Treatment Plant to the local Publicly Owned Treatment Works (POTW).

The first step was to understand the contamination levels of the impacted water. Samples were taken at various points throughout the fire loop and an analysis was completed to test for PFAS by isotope dilution, using EPA Draft Method 1633 analyte list. It was determined that levels of contamination varied throughout the fire loop, with the highest concentrations being at the points closest to the initial leak. The highest levels of contamination were elevated to 39,300 PPT (for 6:2 FTS), well above the drinking water standard of 70 PPT for PFOA and PFOS (combined).

A small scale pilot test was conducted using a simple Granulated Activated Carbon skid. A representative sample was run through the column and a sample of the treated water was then sent off-site for analysis.  The treated water from the pilot test showed contamination levels at 20 PPT or lower, and PFOA and PFOS were non-detect after treatment, showing the use of Granulated Activated Carbon was successful in treating the contaminated water.

The state where the project took place had only seen 2 other similar PFAS projects, so this was a new concept for the state and local regulatory agencies as well. WTS and the client worked with the state and local authorities to demonstrate the effectiveness of the on-site treatment and obtain approval to proceed with setting up a large scale treatment on-site to manage the water. The client was given approval to discharge the treated water, as long as constant testing continued to show PFOS + PFOA less than 70 PPT.

Contaminated water from the fire loop was collected in an on-site storage tank and WTS’s partner deployed and set up a Granular Activated Carbon treatment system using 3 vessels in series, with a 4th unit on standby if a carbon changeout was required. Water was run through the system at 40 GPM for about 7 weeks. The fire loop was triple rinsed and the rinsewater was treated as well. Samples were pulled twice per week throughout the duration of the project to consistently monitor for breakthrough in the carbon and to show that PFOS & PFOA remained below 70 PPT throughout the duration.

Ultimately, about 1 MM gallons of water were treated in the system and discharged to the local POTW. The only waste generated to be shipped off-site was 16 drums of contaminated Activated Carbon and a drum of debris/filters generated from the treatment. This resulted in a waste reduction of about 99.93% by not having to ship the water off-site for disposal and was also provided a cost savings in the millions of dollars.